Trumpeter Duane Eubanks has performed everywhere from the Hollywood Bowl to Carnegie Hall to the Kennedy Center, in addition to touring throughout Europe and Japan. He is a member of Dave Holland’s two time GRAMMY Award-winning big band and the late Mulgrew Miller’s band, Wingspan. Duane was born into a family of gifted musical talent: his mother, Vera Eubanks is an accomplished pianist who was notably Kenny Barron’s first piano teacher; his brothers — renowned trombonist Robin Eubanks and guitarist Kevin Eubanks, former bandleader of the “Tonight Show with Jay Leno”; as well as his uncle, the late legendary pianist Ray Bryant—saw his potential at a young age and encouraged him to pursue music. He has worked with a long list of major jazz artists including Elvin Jones, Mulgrew Miller, Dave Holland, Doug Carn, Avery Sharpe, Abraham Burton, and Marc Cary, as well as contemporary artists such as Rhonda Ross, Kirk Franklin, Alicia Keys, Wu-Tang Clan, and Talib Kweli. His recent album releases: the critically acclaimed Things of That Particular Nature, DE3: Live at Maxwell’s, and Duane Eubanks Quintet: Live at Small’s have been well received by Jazz aficionados all over the world. Duane’s short film on jazz and music education was screened at several film festivals including the Copenhagen Jazz Film Festival.

Duane is an official Yamaha Performing Artist and currently on faculty at Brooklyn Music School. 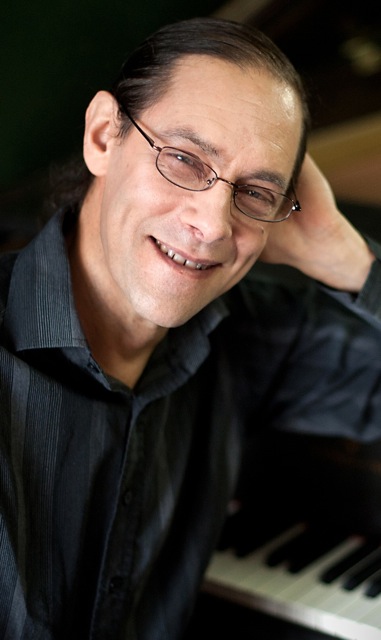 Following a long absence from the music scene, during which time Gluck was engaged in a religious life as a rabbi, Gluck returned to music, first electronic and, in 2005, to his most expressive instrument and first love, the piano.

Bob Gluck is a pianist and composer in the tradition of jazz’s truly great creative individualists. His approach as a pianist, composer and improviser is one that merges intuition with a broad sonic palate where lyricism and abstraction find a shared home. Gluck’s two quartets include Infinite Spirit, featuring drummer Billy Hart, trumpeter Eddie Henderson, and bassist Christopher. Dean Sullivan; and the Bob Gluck Quartet, with bassist Michael Bisio, drummer Tani Tabbal, and saxophonist Adam Siegel. Also an educator, Gluck is Professor of Music at the University at Albany.


"Gluck ranks with the likes of Andrew Hill and Cecil Taylor... completely original, artistically spontaneous, and intellectually challenging." -Karl Ackermann, All About Jazz

"...a brilliant improviser... [his recording of 'A Remark You Made' is] arguably the most touching and memorable take on it since its initial version."-Jay Collins, Cadence 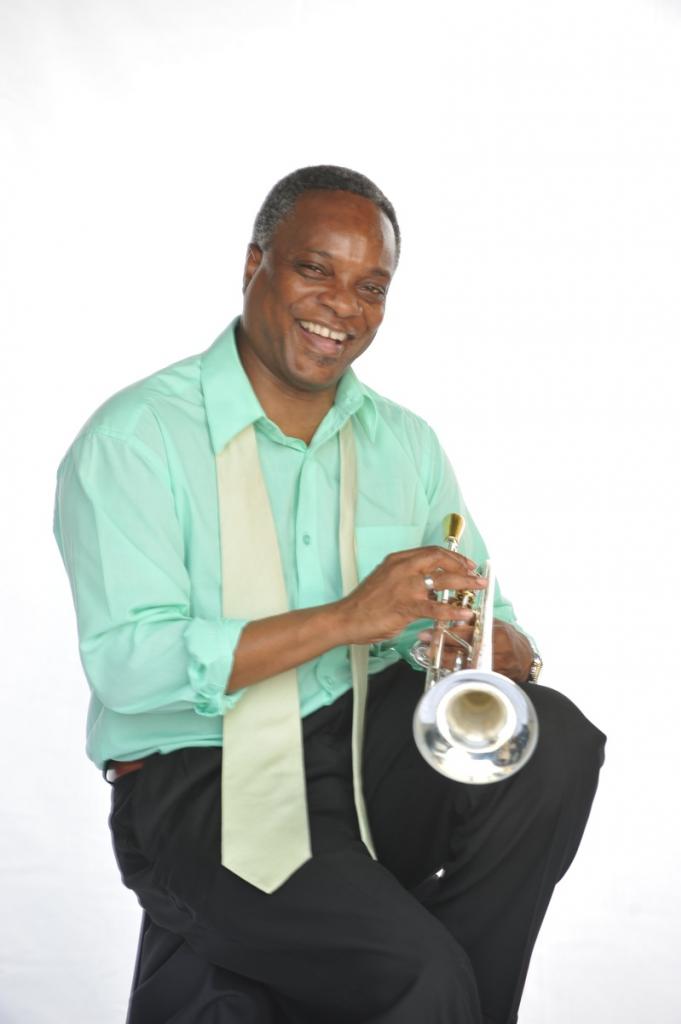 James Delano Zollar began his musical career at age 9 playing bugle in his hometown, Kansas City Missouri. At 12, he graduated to the trumpet where he began to discover his musical voice and focus. After high school he continued to study at San Diego City College and then the University of California at San Diego. At the same time he honed his chops with various funk and jazz bands and lead his own straight-ahead quintet. In, 1984, he moved to New York City and played with the Cecil McBee Quintet for five years and then recorded with Tom Harrell, with Weldon Erving and Sam Rivers. Zollar was featured in Robert Altman’s motion picture “Kansas City”, in Madonna’s music video “My Baby’s Got a Secret”, as well as Malcolm Lee’s film “The Best Man”. He played on the sound truck of “The Perez Family” and is proud to be included in The Biographical Encyclopedia of Jazz (Oxford University Press 1999.) James was also a featured soloist with Jon Faddis and Carnegie Hall Jazz Orchestra as well as Wynton Marsalis and The Lincoln Center Jazz Orchestra. He remains New York based where he stands out in a wide range of musical settings. Today, he’s playing with The Duke Ellington Orchestra, The Count Basie Orchestra, Don Byron’s Bands, The Marty Ehrlich Sextet and working with the Latin piano master Eddie Palmieri. “James is a really nice guy and very personal-sounding cat with a unique approach. He’s absorbed the history of the music, and he plays it with great care and warmth. And he doesn’t try to sound like someone else” says Ravi Coltrane his periodic jam-session partner. 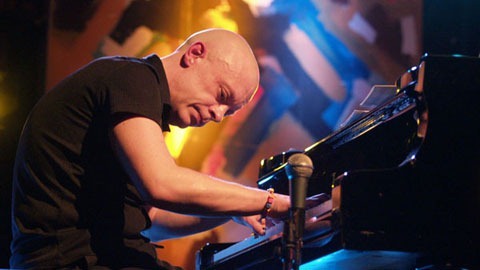 Born in Zagreb on March 2nd 1973., Matija started playing classic piano at the age of five. After he finished Music high school «Vatroslav Lisinski» in 1991., went to Graz to Jazz Academy where he graduated in 1997. under prof. Harald Neuwirth and private lessons with J. Taylor in cologne, Hal Galper, Bill Dobins and Barry Harris.

Since he was raised in the family surrounded by pop and traditional musicians, he began to listen to all kinds of music very early, soon discovering jazz and finding that it allows him abstract and more personal musical point of view.

After returning to Zagreb in 1997. he begins to play more often, and his work is recognized in and out of Croatia.

During those years he played with his own band «Boliers Quartet», with whom he supported the likes of B. Golson, K. Burell, R. Haynes, J. Feliciano and «All Stars Band». Meanwhile he also had a chance to play in in Tamara Obrovac Quartet.

He writes music for television and theatre, and also occasionaly playes with some big pop names on Croatian music scene. Croatian authors society awarded him for the album «Octopussy» as the best author and best jazz newcomer in the last 10 years!

TMO Entertainment proudly presents, Heshima Moja
Garnering International acclaim in the jazz and R&B world throughout Europe, Africa, the U.S. and Asia, Heshima Moja is adynamic Bassist, Vocalist, Composer/Songwriter, Music Director, and cultural arts presenter. Heshima has moved audiences around the world with his soulful voice, fiery bass licks, and unforgettable songs and compositions. Firmly rooted in the Jazz tradition, while drawing on influences ranging from Afro-Carribean rumba and bomba, African diasporic sacred musics, Hip-Hop and R&B, he captivates audiences with his brand of Diaspora Jazz.
Heshima moves comfortably between his role as side man and bandleader. He can often be found wearing multiple hats as bandleader with his own dynamic ensembles, a music director in the theatre world, leading bands for various  artists, composing music for theatre, film and studio sessions, and producing music for a wide range of studio projects.
Throughout his impressive career, Heshima has composed music for Nickelodeon, PBS, and various films throughout Latin America, and has released two C.D.’s as a leader: The Awakening and Round and Round. Heshima has also worked with many Grammy-award-winning producers, and has shared the stage with some of the greatest names in the music industry including R&B legends Patti Labelle, Hi-Five, latin music superstars La India, grammy-winning Latin Jazz trombonist and composer William Cepeda; Jazz icons Arturo O’Farrill, Avery Sharpe, Fred Ho, Onaje Allan Gumbs, and Salim Washington, Senegalese Superstar Pape Diouf, two time Latin Grammy Nominee Jose Valentino as well as Hip Hop pioneers Quest Love of the Roots, Guru, Farrah Boule & Tribal Hop, Cape Verdean Hip Hop Sensation Tem Blessed. In addition, Heshima has worked with the National Dance Company of Mozambique, The National Dance Company of Soweto, South Africa, Hip Hop/Tap Dance Legend Rene Harris and group Pure Movement and Jason Samuels.
KLYMAXX, R&B Group 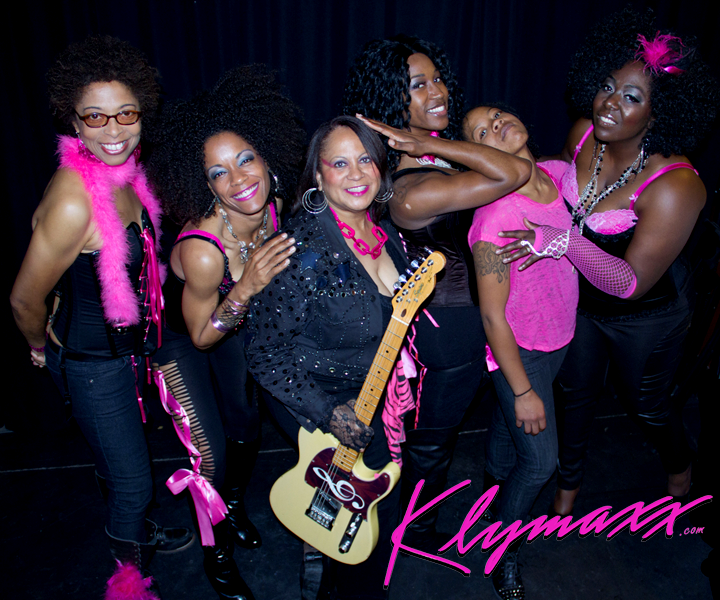 The all-female band (AFB) with the 80’s R&B/Pop musical hits, “Meeting In The Ladies Room”, “The Men All Pause”, and “I Miss You” Billboard Magazine’s #3 song of 1986, as now being performed under the musical direction of the legendary original guitarist, Cheryl Cooley, with a revealing experience of professional high energy, commanding funky rhythms & sensual melodic movements.  A musical journey you will never forget. 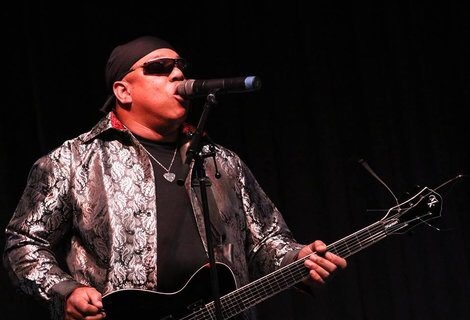 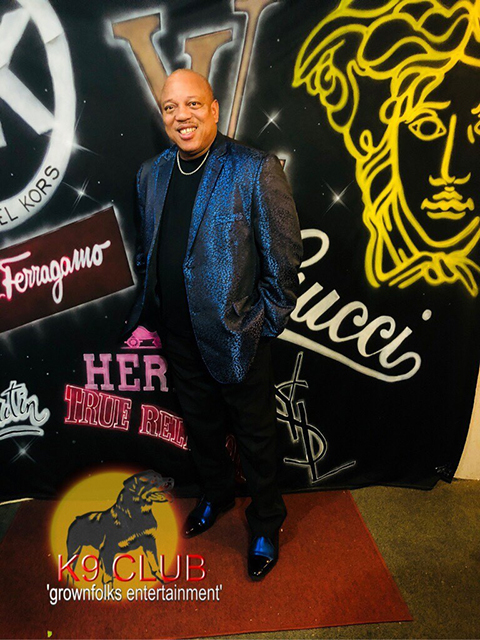 Craig E. Robinson was born in Warren Ohio. Craig is a leading producer/ songwriter of the generation that emerged in the wake of the influences of The Ohio Players, Steely Dan and George Benson. While studying at The University of Dayton (where he became a member of Kappa Alpha Psi Fraternity Inc.) he was introduced to the music arena.

During the 80?s and 90?s he worked as a producer/guitarist with such artists as Melba Moore, Bootsy Collins, George Clinton, Slave and Bell Biv Devoe. His current work includes touring with Mark A Wood Jr. of Lakeside as lead guitarist & vocalist and as an artist (RENEGADE). Crobb?s abilities as a vocalist and guitarist have kept him active as a musical force. His experience will enable him to transfer knowledge, inspire new generations and assist young musicians and artists in the new millennium.

TMO Entertainment proudly presents, Pamela Wise
Jazz pianist/composer Pamela Wise resides in Detroit Michigan and was born and raised in Steubenville, OH.  Pamela is known for her fiery, energetic compositions fusing jazz harmonies and Afro Cuban rhythms has landed her several prestigious awards including most recent Kresge Art X D Award for her project Matrix X Detroit which focused on the conditions of the gentrification process  (2019) and Kresge Arts Fellowship Award (2016) for her accomplishments as an artist and a cultural warrior. Pamela has 5 recorded CDs in her own right  featuring her own ensemble including the most recent A NEW MESSAGE FROM THE TRIBE on the iconic Tribe record label based in Detroit, which was founded by her husband saxophonist Wendell Harrison and trombonist Phil Ranelin.  Her most recent composition HOMETOWN  is featured on the 2019 Tribe release HOMETOWN: Detroit Sessions released by the British record label Strut Records
REVIEWS
"Wise, an assured bop pianist with a Tyneresque (as in McCoy Tyner) touch, composes strong melodies and braces them with the simmering rhythms of the Afro-Cuban tradition."
Dan Ouellette-Downbeat Magazine

"Far from Havana, the Latin jazz movement has taken root in such unlikely places as Detroit, where pianist/composer Pamela Wise displays a thorough understanding of the idiom on SONGO FESTIVIDAD. With special guest Jerry Gonzalez on congas and Wendell Harrison, Detroit’s resident jazz guru on clarinet, Wise has fashioned a hybrid that capitalizes on authentically performed Afro-Cuban and Brazilian rhythms while allowing Harrison and other soloists to flex their avant-garde oriented improvisational style. The inclusion of Gonzalez was a good choice: his trumpet work on the Wise composition HASTA MANANA is one of the albums’ high points, and makes the album worth seeking out."
Mark Holston - JAZZIZ Magazine

"Pamela Wise’s SONGO FESTIVIDAD is a perfect example of the current trends in Latin jazz. She has written some innovative songs that draw from the influence of Tito Rodriguez and Machito, while the playing of all concerned has the energy of the Fania All Stars."
Leonard J. Bukowski-Cadance Magazine
Create your own free website today